Ecotourism, walking and wine tourism in Catalonia: book local with us! 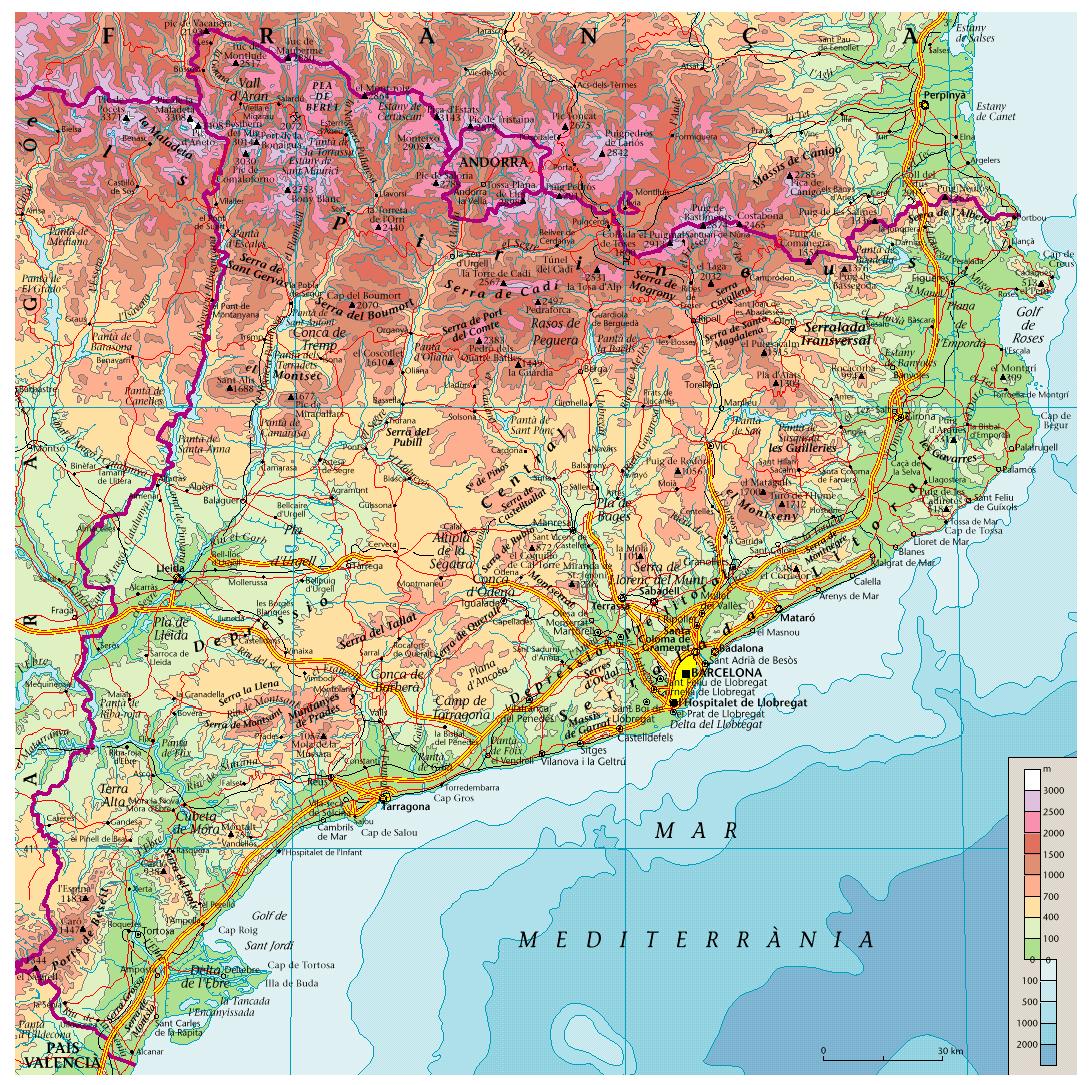 Catalonia is a small country located in the north-east of the Iberian Peninsula, in the south of Europe. Quite unknown worldwide, its small territory hides a highly diverse and fascinating landscape, traditions, gastronomy,… which make it unique and different.

From the massive mountain range of the Pyrenees in the north and its impressive Romanesque monuments, which dive into the Mediterranean sea in Costa Brava; down to the famous Barcelona city and the sacred mountain of Montserrat nearby; and down to the completely unknown Southern Catalonia, with several mountain ranges completely different from each other and highly diverse.

Its landscape, culture, people, gastronomy, high quality wines,… will seduce you, making you come back again and again to explore it all.

We must say that visiting us is easy, as it is a country easily accessible by airplane, with Barcelona, Reus and Girona airports, and also by train and car.

Below you will get more information of the different territories of Catalonia and some travel ideas (section being updated):

Enotourism or wine tourism, according to the European Paper of Wine Tourism, designates the development of all tourist and “spare time” activities, dedicated to the discovery and to the cultural and wine knowledge pleasure of the vine, the wine and its soil. In Catalona we have 11 different appellations of origin of wine and one of cava, an unexpected diversity in such a small territory.

In southern Catalonia the cultivation of vineyards has been a traditionally wide spread activity, and thanks to the high diversity of the territory, it has developed a vast range of Denominacions de Origen (DO), with 6 DO:

Trek&Wine is the best way to enjoy and savour this territory and its landscape, combining guided hikes but also independent walking, to experience this fascinating wine landscape in a friendly way, with guided visits and wine tastings in the cellars of the region. In short breaks or walking holidays, we stay in family run rural accomodations in the area. A huge world of possibilities to discover and savour this stunning wine landscape!

If you don’t feel like walking or you do not have time for (maybe you are staying in Barcelona and are looking for one day off the city to enjoy the wines of our region), we also offer guided wine tours in Priorat, Terra Alta, Conca de Barberà, Penedès,… fully customised, from 1 person to bigger groups.

Have a look at our travel ideas in the different regions and don’t forget that we can tailor made any travel idea to meet your needs (section being updated):

The south of Catalonia is extremly rich in biodiversity, landscape, natural and cultural heritage,… With many mountain ranges very different from each other but so concentrated in a tiny space, with their own and unique climate, geological, biogeography and landscape conditions. All them are protected nature reserves and natural parks.

A mountain and sea landscape, with Costa Daurada as the most famous resort, and with hidden spots of great beauty that will surprise you. If you want to live an unforgetable experience, come and discover our south on foot or with a guided tour by car. Savour our territory with the high quality local products, some of them worldwide known, like Priorat wine.

The team of El Brogit offer you our expertise in our territory, with the travel ideas that appear on this website or customising them to meet your needs.

THE PYRENEES: from the mountains to the sea in Costa Brava

The Pyrenees, the great mountain chain which unites the Mediterranean and the Atlantic is in reality a collection of mountain ranges, some of them with peaks over 3000 metres high. Of very different geological composition, each mountain range has it’s own appearance. A central axis exists, formed by great granite peaks modelled by ancient glaciers, escorted by a margin of limestone relief of small valleys cut off between cliff-faces.

All these mountains still conserve ancient names, among which we highlight Basque and Celt, but in contrast the names of the villages scattered around are modern, well into the first millenium. Among the rooftops of these villages and hamlets, a Romanesque bell tower always stands out which speaks to us of a fundamental era for understanding the history of the so-called Old Catalonia.This extensive history and the distance has made for an important cultural font and traditions, many of which are still maintained and which we can live in the fiestas and popular celebrations, like the fire ones called Falles, in Boí Valley.

Walking through the Pyrenees allows us to enjoy the spectacle which can be seen from its peaks, but also allows us to relive our ancient history and live first hand some of these thousand-year old traditions.

The team of El Brogit offer you our expertise in the Pyrenees, networking with local companies of guides, local producers, taxis,… and offering you the travel ideas that appear on this website or customising them to meet your needs.

We have already developed some travels ideas in the following territories, and working to expand them to the rest of the Pyrenees (links being updated):

Walking and wine holidays in Catalonia

We use cookies on our website to give you the most relevant experience by remembering your preferences and repeat visits. By clicking “Accept All”, you consent to the use of ALL the cookies. However, you may visit "Cookie Settings" to provide a controlled consent.
Cookie SettingsAccept All
Manage consent

This website uses cookies to improve your experience while you navigate through the website. Out of these, the cookies that are categorized as necessary are stored on your browser as they are essential for the working of basic functionalities of the website. We also use third-party cookies that help us analyze and understand how you use this website. These cookies will be stored in your browser only with your consent. You also have the option to opt-out of these cookies. But opting out of some of these cookies may affect your browsing experience.
Necessary Always Enabled
Necessary cookies are absolutely essential for the website to function properly. This category only includes cookies that ensures basic functionalities and security features of the website. These cookies do not store any personal information.
Non-necessary
Any cookies that may not be particularly necessary for the website to function and is used specifically to collect user personal data via analytics, ads, other embedded contents are termed as non-necessary cookies. It is mandatory to procure user consent prior to running these cookies on your website.
SAVE & ACCEPT